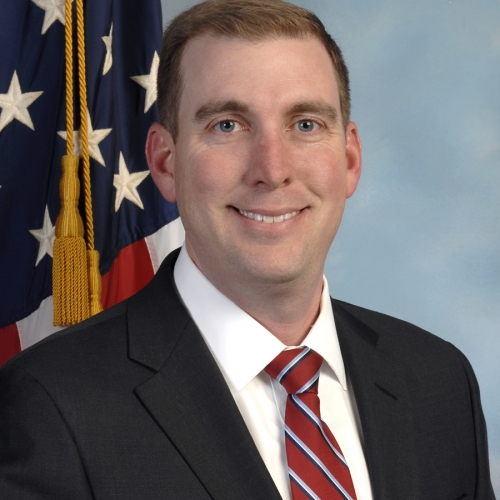 Education: In 2005, he earned a Bachelor of Science degree in Engineering Management from the United States Military Academy at West Point, where he played collegiate golf from 2001-2005. In May 2014, he graduated as Valedictorian from the McDonough School of Business at Georgetown University and received a Master’s of Science degree in Leadership.

Items of Interest: Bryon is married to Major Abigail Vincent who serves as the Comptroller for the United States Army Medical Research Institute for Infectious Diseases. In 2017, Bryon was painted by President Bush and featured in Portraits of Courage: A Commander in Chief’s Tribute to America’s Warriors. Additionally, Bryon serves on the tournament committee for the Bush Cup, which is an annual golf competition held between Army West Point and another university in recognition of President George H.W. Bush.