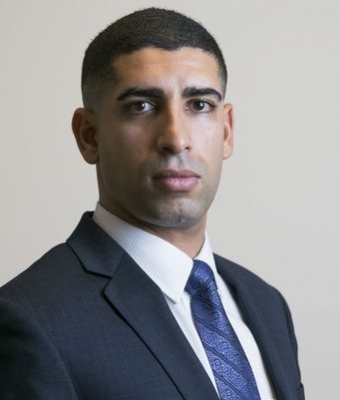 Retired U.S. Army Captain Florent “Flo” Groberg was born in Poissy, France, May 8, 1983. Groberg became a naturalized U.S. citizen, Feb. 27, 2001, and graduated from Walter Johnson High School in Bethesda, Md., in June of the same year.In November 2009, he deployed to Afghanistan as part of Task Force Lethal, with responsibility for the Pech River Valley in Afghanistan’s Kunar Province.

Upon returning home in June 2010, he continued serving as a platoon leader until he was reassigned as an infantry company executive officer from October 2010 to November 2011. He was then assigned as the brigade personal security detachment commander for 4th Infantry Brigade Combat Team, 4th Infantry Division. He deployed again to Kunar Province, Afghanistan, in February of 2012, with Task Force Mountain Warrior. He was promoted to captain in July 2012.

As a result of his actions, Groberg sustained the loss of 45 to 50 percent of his left calf muscle with significant nerve damage, a blown eardrum, and a mild traumatic brain injury. Groberg spent his recovery at Walter Reed National Military Medical Center from August 2012 through May 2015. He was medically retired from Company B Warriors, Warrior Transition Battalion, as a captain, July 23, 2015. On November 12, 2015, Groberg received the Medal of Honor for his heroic action in Afghanistan.

Groberg currently resides in the National Capital Region and is a civilian employee of the Department of Defense.