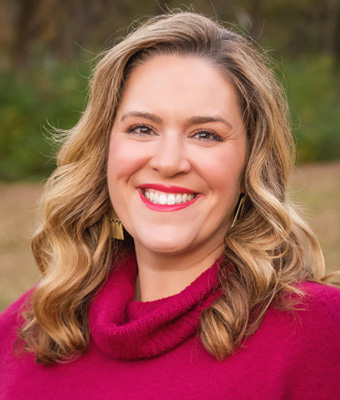 DiAnne Owen Graham is the Director of Development for the Global War on Terrorism (GWOT) Memorial Foundation where she is responsible for raising an initial $50 million to fund the building of the National GWOT Memorial.

Prior to entering the private sector, Mrs. Graham directed, from its inception in 2009, the RGA’s Executive Roundtable program, a major donor program of CEO/executive-level contributors. During her three-year tenure, the program raised over $50 million which led to record-breaking fundraising for the organization totaling over $170 million, and the number of Republican governors increased from 22 to 30.

Mrs. Graham served as a political appointee for three years in President George W. Bush’s administration in Washington, DC. She held top-secret clearance throughout her various roles with the U.S. Department of State. As Senior Outreach Protocol Officer, she advised Ambassador Nancy G. Brinker, the Chief of Protocol, on strategic planning, policy sensitive issues and key protocol practices. She led the first series of the “Experience America” trips for the Diplomatic Corps and executed official functions and programs hosted by the Secretary of State, the Chief of Protocol and other high-level Department officials.

She was the Chief of Staff to Dina Habib Powell, the Assistant Secretary for the Bureau of Educational and Cultural Affairs (ECA), and acted as the liaison to the Office of the Under Secretary for Public Diplomacy and Public Affairs led by Ambassador Karen Hughes. Additionally, Mrs. Graham was the Director of International Initiatives in ECA. Through her role as the primary Department of State member of an interagency team, she earned the prestigious Bronze Medal for Superior Federal Service.

Prior to her government service, Mrs. Graham was the Director of Scheduling for Governor Haley Barbour beginning in 2001 in Washington, DC when he served as Chairman and CEO of Barbour Griffith and Rogers, in Mississippi throughout his gubernatorial campaign in 2003 and in his elected position of Governor of the State of Mississippi in 2004.

Following her tenure with Governor Haley Barbour, she directed the International Program at the 2004 Republican National Convention in New York. At the conclusion of the Convention, she began her role of Chief of Staff to Lisa Gable, the U.S. Ambassador to the 2005 World’s Fair in Nagoya, Japan where the United States was represented among 121 countries.

Mrs. Graham is a native of New Albany, Mississippi. She earned her Bachelor of Business Administration degree at The University of Mississippi in 2001. The Ole Miss Alumni Association selected Mrs. Graham to join the 2006-2007 Board of Directors as the youngest member of the Board, and she is a Lifetime Member of the Association. While living in Washington, DC, she served as the President and Chairman of the Mississippi Society of Washington, DC and was a member of the Junior League. She is a founding fellow of the Susan Schiffer Stautberg Leadership Foundation and a member of the Belizean Grove, where she serves on the Executive Committee.

Governors Jeff Colyer and Laura Kelly appointed Graham to the Kansas Children’s Cabinet. She also currently serves on the Board of Trustees for the American Council of Young Political Leaders (ACYPL), on the Board of Directors for The Foundation for Andover Schools, is President of the Mid-Kansas Rebel Alumni Club, a former Trustee for Historic Wichita Cowtown, Inc., and is active in the children’s ministry at St. Stephen’s Episcopal Church. Mrs. Graham was selected as one of the Wichita Business Journal’s 40 Under 40 Awardees in 2017.

Mrs. Graham lives in Wichita, Kansas with her husband, Chris, and their sons, Owen and Parker.