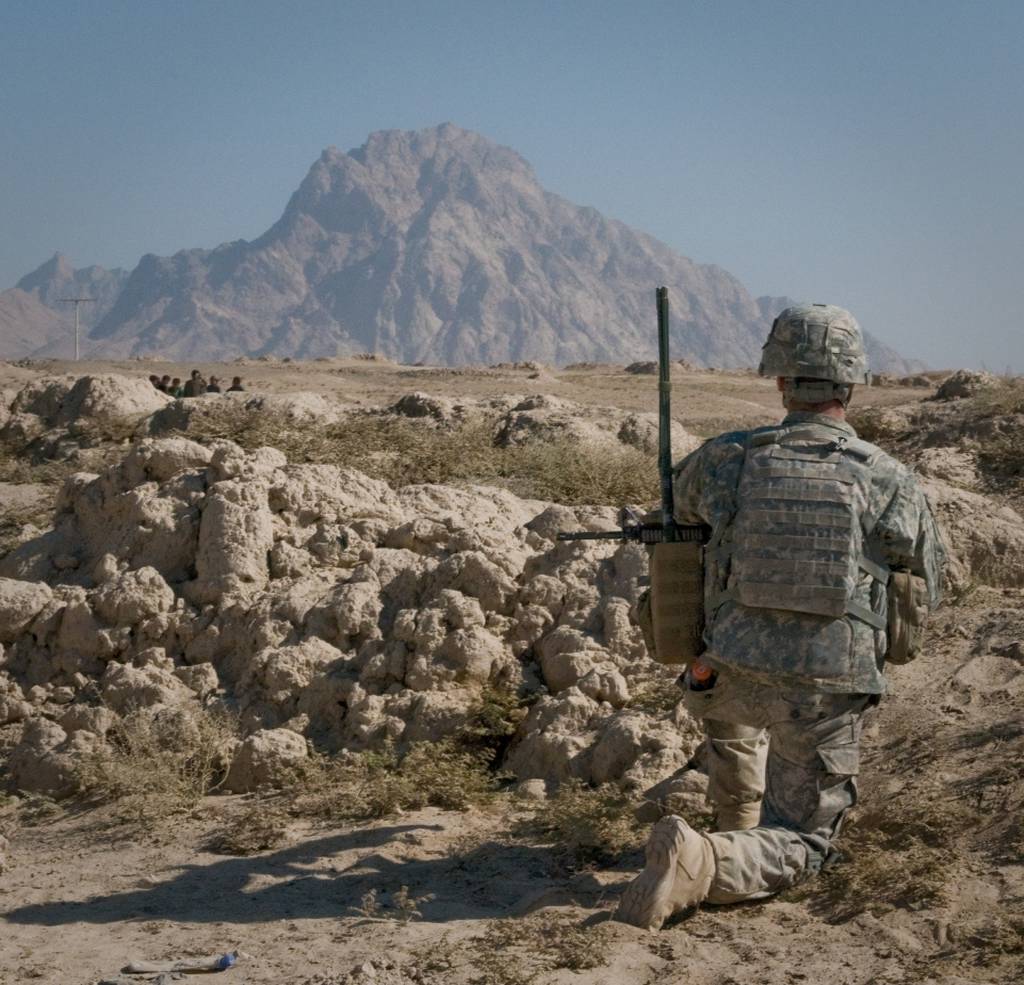 The U.S. military’s involvement in Afghanistan is now over, but advocates are working to make sure those deployments — and the fights still going on now — are never forgotten.

Veterans groups and lawmakers are pushing for Congress to approve a new Global War on Terror memorial on the National Mall as a permanent reminder of the last 20 years of conflict overseas, including Afghanistan, Iraq and other locations.

This week, the effort took a significant step forward with inclusion of language in the House draft of the annual defense authorization act, a massive military budget policy measure that has passed out of Congress annually for six decades.

Senate lawmakers also made a bid to approve the National Mall location in that chamber, but were blocked in efforts to fast-track the legislation. Sen. Joni Ernst, R-Iowa and herself a veteran of the Iraq War, said the move is needed to remind Americans of the sacrifices made by hundreds of thousands of troops in recent years.

“I’ve heard from many Gold Star families who were distraught and disappointed about how things ended [in Afghanistan], and I want them to know that America is grateful, extremely grateful, for their service,” she said at a Capitol Hill rally Tuesday for the effort.

“This is common sense, it doesn’t cost a dime of taxpayer money, and it will honor our heroes of the Global War on Terror for years to come.”

Congress approved plans for a Global War on Terror Memorial in 2017, well before plans for a military exit from Afghanistan were underway. At the time, organizers argued that waiting until the end of the Global War on Terror before building the memorial was impractical, because of the open-ended nature of the conflict. There are still U.S. troops deployed around the world in this effort, including 2,500 troops in Iraq and 900 in Syria

Since then, an independent foundation has worked on planning and fundraising for the project, with a goal of breaking ground on the project in the next few years, allowing veterans who fought overseas in the conflict to see the memorial in their lifetimes.

But the location of the memorial is still undecided. Supporters have long pushed for a spot on the National Mall, arguing that the significance of the site accurately reflects the importance of troops’ service in the recent wars.

However, in 2003 — just a few years after the war in Afghanistan began — Congress approved the Commemorative Works Act, which prohibited construction on the site. Lawmakers have made several exceptions to the rule since then, but need new legislation to do so.

On Tuesday, when Ernst tried to move that proposal, it was blocked by Sen. Joe Manchin, D-W.Va., chairman of the Energy and Natural Resources Committee (which oversees issues surrounding construction on the National Mall.)

“I want the memorial to be built as quickly as possible,” he said. “In fact, I think it should be the National Park Service’s highest priority for approving new memorials. But it should be built following the same process that applies to all other memorials and commemorative works.

“I believe this precedent would reopen the fight to locate other memorials on the National Mall and create more controversy that will ultimately delay the construction of this memorial, which is much needed.”

“Now more than ever, the military community needs a place to gather to reflect, to heal, and to honor the significant contributions that this generation of warfighters and their families have made on behalf of Americans,” said Marina Jackman, president of the Global War on Terrorism Memorial Foundation.

“We’re asking that this memorial be given the same consideration that the World War II Memorial, the Vietnam War Memorial and Korean War Memorial have been given … More than 7,000 service men and women have given their lives in these wars. Their children deserve to come to the National Mall to see where their mom’s or dad’s sacrifice is honored.”

The inclusion of the location language in the authorization bill may provide a legislative path around Manchin’s objection, but the proposal will still have to survive negotiations with Senate defense lawmakers in coming months before it is finalized. Ernst and Sen. Maggie Hassan, D-N.H., said they plan on pushing for a quicker stand alone measure in the days to come.

“We as the Gold Star family community will accept no less than the National Mall to honor our heroes and honor those who have fought,” said Jane Horton, whose husband, Spc. Chris Horton, killed in Afghanistan in September 2011.

“There is no better place … This is where we will teach about their stories and the hearts of American service members who served during our nation’s longest war.”