For Father’s Day, remember our Global War on Terrorism dads and caregivers 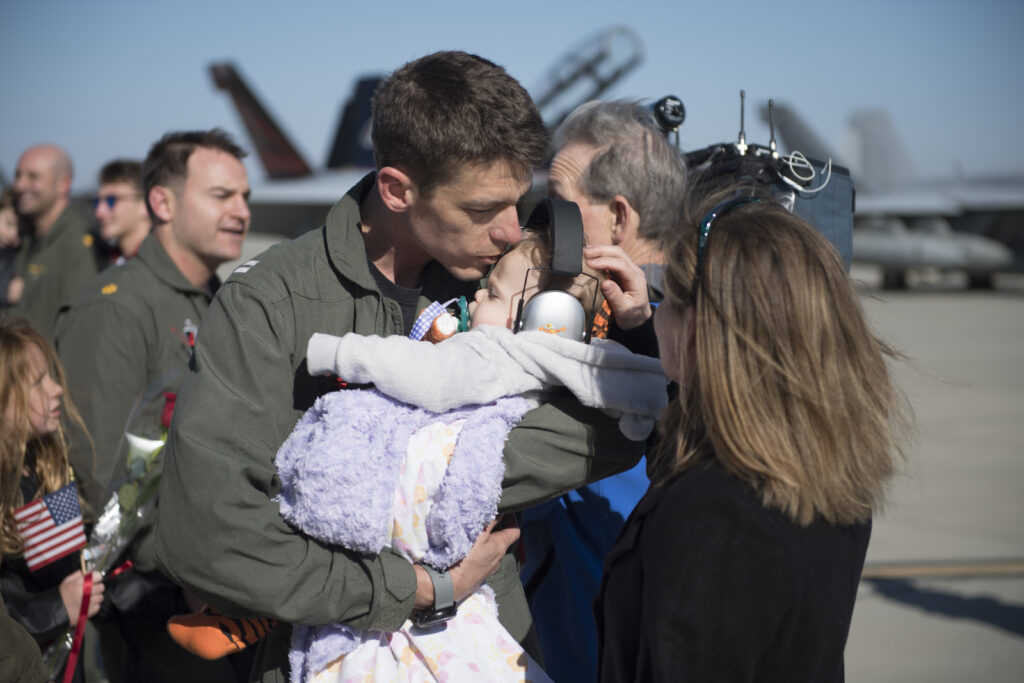 Father’s Day, which is Sunday, is special for any man with children. But for those of us who have served in the military, the day takes on an entirely different — and special — significance. So, we honor them all.

Between the two of us we have a combined 55 years of service in the U.S. Army and 14 deployments in uniform. But more importantly, we are both fathers to eight kids combined, and grandfathers to five grandkids.

We — and our kids — know the challenges of having a father who wears the uniform. Our respective missions in places like Iraq, Afghanistan and other locations often entailed saying goodbye to each of our families for months at a time. The worry of whether dad will come home safely and if the embrace they received will be their last carries a heavy weight.

But being a military father also comes with its share of blessings. With the difficult seasons of separation come new traditions and reasons to celebrate during those precious times when we are all together. We don’t wait for holidays and special occasions — we celebrate in the moment, because you don’t always get “leave days” when it’s convenient and you never know when the call of duty will come.

Military children often instinctively assume greater responsibilities to help out around a house missing one or more parents. And as they encounter the uncertainty of the military lifestyle, military children also build a unique resiliency.

Remarkably, many military children are also inspired to serve. Like all other Americans, we are grateful for the emergence of another generation resolved to defend our country — and in this case, our own kids are part of that generation. Between the both of us, we have had five children join the military, and we each have a child still serving. Sadly, one of Isaia’s sons, Private First Class Timothy Vimoto, was killed in action in 2007 in Afghanistan.

Neither of us ever forced the idea of service on any of our children, and in fact we assured them that they need not feel any burden to wear the uniform. But when each of them, of their own volition, said “It’s my turn to serve,” we resolved to support them every step of the way.

The multigenerational conflict that is the Global War on Terrorism has meant that countless military family members step into the shoes of fatherhood while dad is away on duty. Today, for each of us, supporting our children means caring for their military children while they are away carrying out the mission.

Most Americans have no idea that there are tens of thousands of families just like ours. Changing diapers, teaching them to throw a ball, giving rides to and from school or reading them a bedtime story, is a far cry from the acts of service we performed while we wore the uniform. But it is a way that we continue to serve. It gives us a greater appreciation for what our own kids went through when we were deployed.

The Global War on Terrorism is unique in that multiple generations in the same families have served — and continue to serve — in the same conflict. The Global War on Terrorism Memorial will allow the fathers we honor today, the military children of this war and their families to come together to honor those they’ve lost, heal from their experiences, feel empowered by their very own Memorial, and unite together with other families who have served.

Crucially, it will also be a place where children and all Americans can educate themselves on the sacrifices inherent in America’s longest war and build new traditions to commemorate their experiences connected to it. For all the dads who served in the Global War on Terrorism, and the family members who supported them and their children, that’s one of the best Father’s Day presents we could imagine.