The Global War on Terrorism Memorial Foundation
is hosting a series of Ruck the Reserve events to celebrate key steps of
progress toward the Memorial’s completion.

On March 17th, 2022, the Foundation held its inaugural Ruck the Reserve event on the National Mall to celebrate the passage of the Global War on Terrorism Memorial Location Act in December 2021. The Act authorizes the construction of a Memorial specifically in the Reserve area of the Mall. Additional Ruck events have followed, with more to come in the future.

A military ruck march is a relatively fast march undertaken over distance while carrying a weighted load or ruck sack. In keeping with this idea, Gold Star families, veterans and veteran advocates, legislators, and other supporters have turned out bright and early on the steps of the Lincoln Memorial for a series of rucks across the National Mall. The Ruck route winds past the Vietnam, Korean, and World War II memorials – shrines to American heroes alongside which the Global War on Terrorism Memorial will one day take its place. 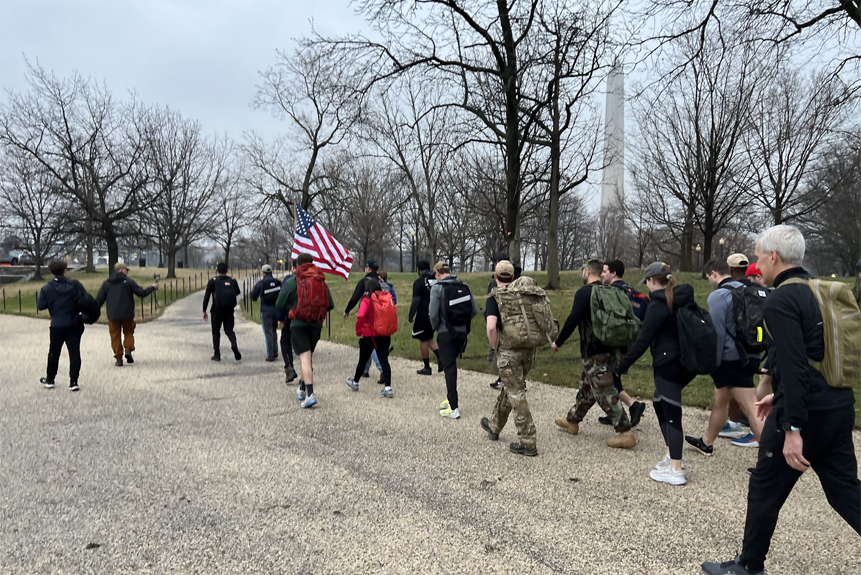 Watch the recap of the inaugural
Ruck the Reserve event

The Foundation plans to hold future Ruck the Reserve events.
Stay tuned for more information on how you can get involved.