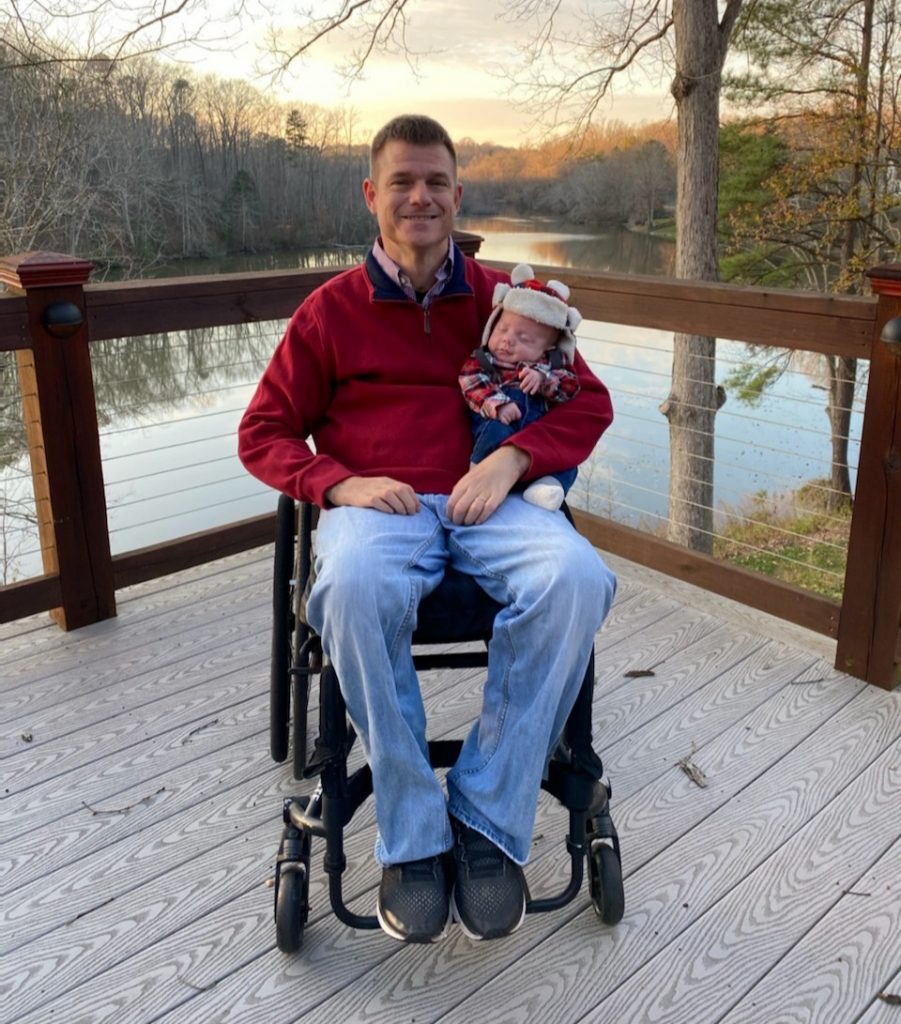 James Howard (CPT, ret.) grew up in Lynchburg, Va a part of a large military family. Three generations served from WWII through the War on Terror with the 82nd Airborne. He graduated from the Virginia Military Institute in 2002 and commissioned into the Army. He had the privilege of serving in Iraq and completing Ranger, Sapper, Jumpmaster, and Special Forces courses. James medically retired in 2010 after numerous combat and training injuries that left him a quadriplegic in a wheelchair.

He considers his injury as “a blessing by misfortune” which led him to start two all-volunteer non-profits. He is the founder and president of REACHcycles and VAU that has supported thousands of children and veterans with disabilities. James helped design and coordinate the effort to build the VAU traveling fallen heroes dog tag memorial flag (www.VetsAU.com/memorial) which brings awareness of our fallen heroes from GWOT and provides proceeds from its travel to the GWOT Memorial Foundation as well as gold star family organizations.

He also works and volunteers for many other non-profits: SOCOM Care Coalition- mentor, Quality of Life Foundation Family- Case Manager, Christopher Reeve Foundation- Military Veterans Program MVP Coordinator, and Paralyzed Veterans of America-member. He is the proud father to his son Luke and husband to his wife Amanda. James is honored to be a small part of this valuable mission to complete the GWOT memorial in DC.