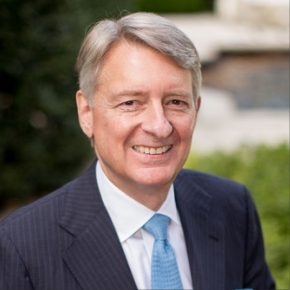 Theodore “Ted” C. Skokos, a retired lieutenant colonel in the U.S. Army, is an entrepreneur and philanthropist residing in Dallas, Texas. Ted’s extensive 21-year legal career began as a deputy prosecutor and ultimately led to managing partner of Skokos, Bequette, and Billingsley, P.A. in Little Rock, Arkansas. While working as an attorney, Ted proudly served in the U.S. Army Reserves and was one of 550 U.S. soldiers to serve in all three missions of the Persian Gulf War, i.e., Desert Shield, Desert Storm, and Provide Comfort. Upon returning from the war, he retired from the Army in 1992 as a 21-year veteran.

Two years later, in 1994, Ted retired from the practice of law and turned his energy toward building entities that would benefit society, most notably in the wireless industry focused on everything from bringing cellular service to rural communities to providing high-speed wireless internet service to major metropolitan areas. From 2002 through 2008, Ted and his Aloha Partners acquired 700 MHz C-Block wireless spectrum licenses in FCC auctions as well as on the secondary market to cover 196 million people in 281 markets including 72 of the top 100 and all of the top 10 markets in the U.S. Those licenses were purchased by AT&T Mobility in 2008 for $2.5 billion. Before selling, Aloha pioneered using UHF-TV for wireless broadband in Phoenix, Arizona in 2006. Aloha also pioneered using UHF-TV to send TV channels to smartphones in Las Vegas, Nevada in 2007. After acquiring the Aloha licenses, AT&T followed Aloha’s lead with a nationwide rollout of high-speed wireless Broadband using 700 MHz spectrum that revolutionized communications.

Believing that we each have a responsibility to leave the earth a little better than we found it, Ted and his wife Shannon founded The Ted and Shannon Skokos Foundation in 2008, which awards grants to public charities that make a positive impact by, among other things, advancing the arts, humanity, education, and faith. Ted has served on numerous boards, including The Global War on Terrorism Memorial Foundation (Chairman), The Texas Rangers Baseball Club, The Ted and Shannon Skokos Foundation, UT Southwestern Medical Foundation, ATS Medical Inc., Denison Ministries, Dallas Center for the Performing Arts President’s Advisory Board, and North Texas Super Bowl XLV Host Committee.

Ted is also a former racecar driver in the North American circuit of the Ferrari Challenge Racing Series, where he and his teammate were North American Champions in 2009. He received both his Bachelor of Science degree and his Juris Doctorate from the University of Arkansas. He has three children and five grandchildren all residing in Arkansas.