Global War on Terrorism (GWOT) Memorial Foundation’s newly announced President and CEO Marina Jackman has three great loves: serving others, supporting veterans, and raising her own active duty military family. When Marina joined the GWOT Memorial Foundation as Director of Operations in February 2020, she was guided by those three passions.

Now, Marina is both leading efforts to honor all who’ve served and will serve in the Global War on Terrorism with a memorial on Washington, D.C.’s National Mall, and she’s seizing the opportunity to educate Americans about the longest ongoing conflict in our nation’s history and to inspire others to serve in their own communities.

We thought you might like to know a little more about the woman behind the mission, so we sat down with Marina to get to know more about her own military experience, the new job, and how she’s spending her (sparse) free time.

Here’s 10 questions with Marina. Grab a cup of coffee and enjoy!

What does service mean to you?

To me, service means finding a purpose, something bigger than yourself, and dedicating your time and efforts to serving that purpose. More often than not, that means putting others before yourself and keeping mission-focus at the cost of your own comfort. 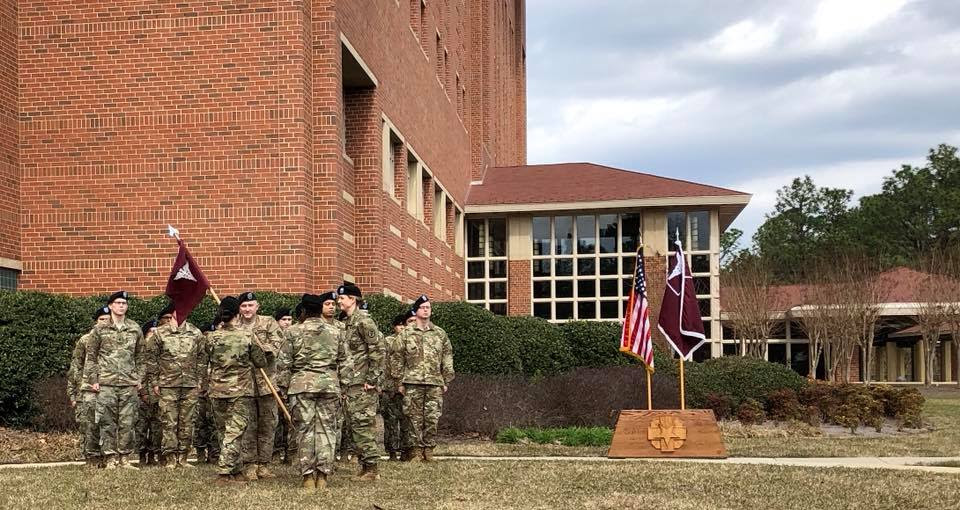 What’s your own service background?

I earned a Bachelors of Science degree from Fordham University, and in 2011, I commissioned as a Medical Service Corps Officer in 2011 through Fordham’s ROTC program. I was stationed at Fort Bragg where I served in the 44th Medical Brigade and Womack Army Medical Center. In 2019, I earned a Masters in Business Administration from The Fuqua School of Business at Duke University, and in January 2020, I separated from the Army. As the military spouse of an active duty Special Operations Officer, I remain an active member of the service community.

Who has most inspired you as a leader?

The men and women who’ve most influenced me and inspired me as a leader have been the non-commissioned officers (NCOs) I’ve led and served beside. NCOs play such a huge part in helping young officers understand leadership and their role within the broader military structure, and they have a wealth of earned knowledge that’s indispensable. Even now, when things get busy or hectic, I go back to the basics and remember the fundamentals they taught me: take care of your soldiers. Get to know them, understand what they need, and put in the hard work. Success will follow. 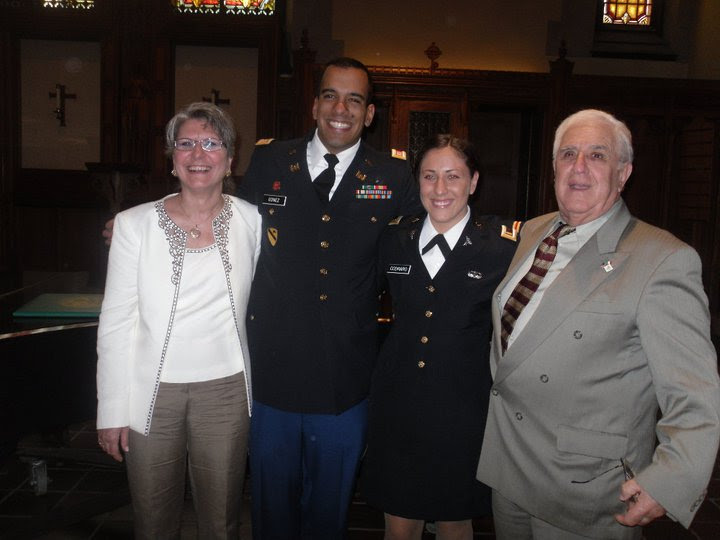 What about the GWOT Memorial Foundation’s mission most resonates with you?

An incredible thing about memorials (and war memorials in particular) is that they can mean so many things to so many different people. They can be a place of honor, healing, unity, empowerment, congregation, and even debate. But they can also be a place for Veterans to take pride in their own service, to honor fallen battle buddies, and to strengthen the connection between Americans and the service community. I’ve seen the way that Veterans connect with memorials to the Vietnam War, the Korean War, and to World War II. We owe it to this generation of warriors to honor their place in our shared history by building a GWOT Memorial within the Reserve on the National Mall alongside monuments to Veterans of every other major American conflict. That’s what motivates me every day.

What are the biggest challenges facing the Global War on Terrorism Memorial Foundation?

We are still a nation at war, and right now, our biggest obstacle is overcoming the gap in understanding between the civilian and military communities. There is so much about GWOT Operations and the men and women who’ve served in them that Americans still don’t know, and — as an organization — we have the opportunity and responsibility to share what we’ve seen and experienced in the Global War on Terrorism. 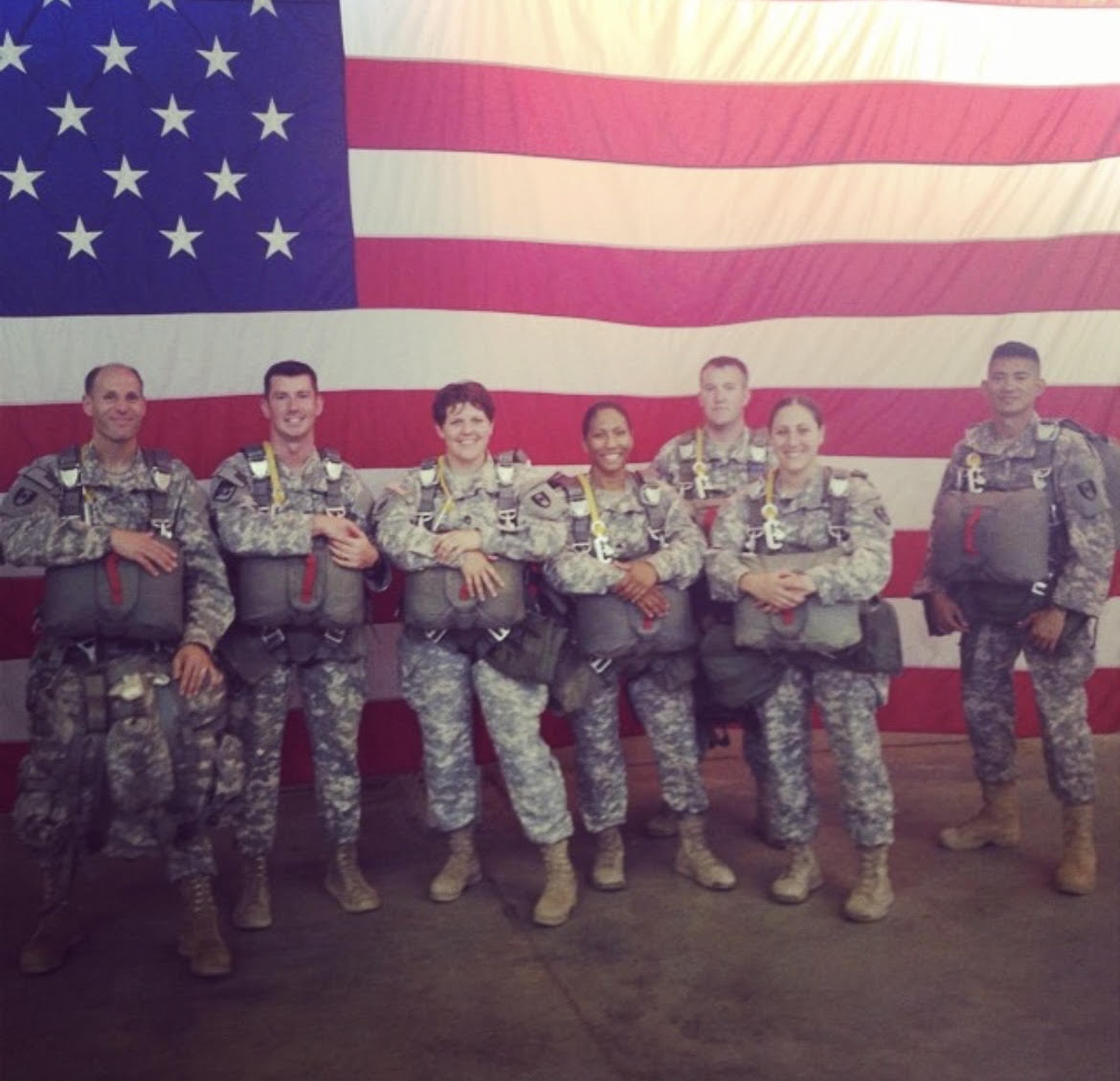 What positive qualities and characteristics do you most admire in Veterans, military families, and others who’ve served in the Global War on Terrorism (and other conflicts)?

What I most admire about the GWOT service community is a true understanding of selfless service and commitment to teammates and mission. Every person who has put on this nation’s uniform is willing and able to come to the defense of our Nation and its ideals. That means sacrificing comfort, time with family, and even personal goals. Still, those who’ve separated from the services look back at their time in the military with pride. We have a connection and a comradery that is unique to the service community, and that connection transcends generations and conflicts.

Is there anything about the Global War on Terrorism or service in any conflict you think Americans would benefit from understanding better?

Learning more about the men and women who’ve served and are still serving in this conflict would serve civilians in so many different ways. It’s easy to think about the uniform and conjure some superhuman version of what it means to serve. Getting to know service members as people makes them more real in a way, and it often inspires others to serve. 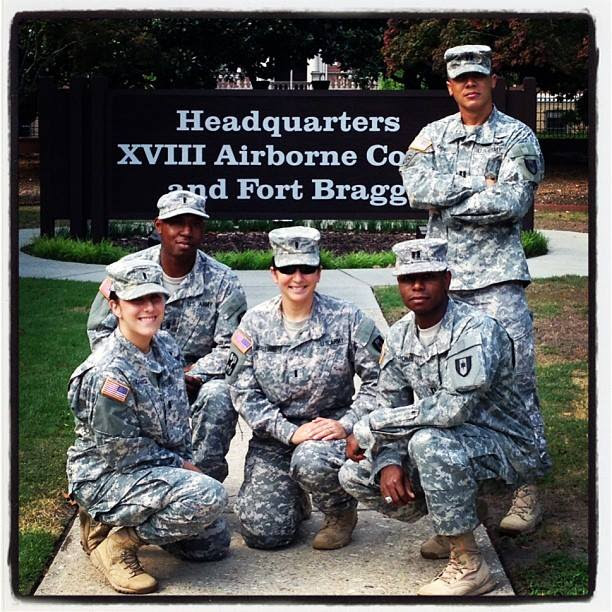 What do you consider your greatest achievement?

Without a doubt, my biggest achievement is raising our children in an active duty family. As a new mother, I was serving as a company commander, earning a graduate degree, and caring for our infant child while my husband was deployed. That’s typical in military families. It can be tough to balance all that and make sure that homework gets done and that they still get to Facetime with Dad when he’s deployed. It requires the right support system, but having a family and a community that understands the challenges makes a huge difference. Putting my children first, making them feel loved, and prioritizing their happiness has brought me more joy than I’ve ever experienced. What are you reading? watching? listening to?

How can Americans honor service on a day-to-day basis?

Get back to the basics. Take care of your friends, family, and neighbors. Get involved. Find out what your community needs to thrive. Be part of the solution.