Now More than Ever: Cecilia Deyo Shares Her Story 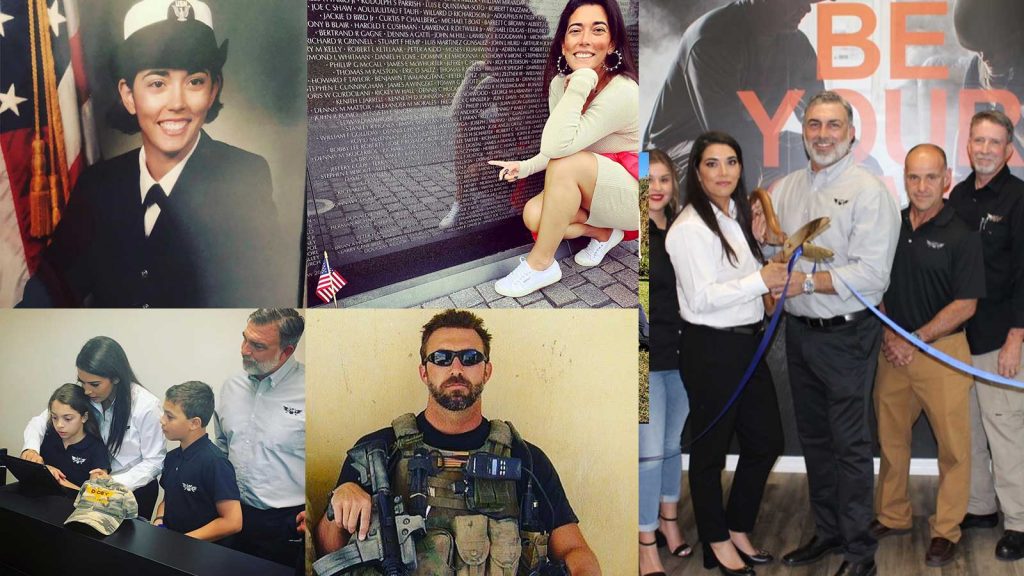 For U.S. Navy Veteran Cecilia Deyo and her family, the act of visiting memorials on the National Mall in Washington, D.C. is personal — almost sacred. Cecilia’s family comes here to honor her grandfather, a fighter pilot who was shot down over Vietnam and killed when her father was just 10 years old.

“I visited the wall as a child with my Dad. He went to the memorial as a place of remembrance for his dad” says Cecilia of the Vietnam War Memorial. “I can remember seeing other people standing, sitting, and leaning on the wall. They would sometimes be talking softly, crying, or just quietly reflecting and I knew then, even as a child, that this place was special.”

More than being places of remembrance for the families left behind, Cecilia believes that memorials act as a through line between generations of service members — men and women who have never met but share the same deep bond of duty and sacrifice.

“I went back again as an enlisted adult, and I had a much stronger connection to the memorial,” says Cecilia. “He was no longer just a grandpa I had never met, he was a brother in arms. He was a fellow warfighter. I could relate to him so much more because I knew what it felt like to leave home and go to a strange land to fight an enemy of my country. I knew what it feels like to resign yourself to the possibility that you might not come home.”

After eight years of active duty service in the military, and nearly a decade of service as a vocal advocate for the military community, Cecilia believes it’s time to make sure that the sacrifices of those who served in America’s longest war are fully appreciated. Those are sacrifices she understands intimately. She deployed to Iraq in 2006, and the experience gave her a new perspective that she carries with her today.

“It was isolating,” she says. “It’s hard to be a woman over there. But it was empowering too. I was doing the job I spent my entire career training to do, and I saw the impacts of that every day. It was also an education. I learned so much about that part of the world. At the same time, it was validating.. The Navy, as an organization, is such a huge machine, and it can be easy to forget that there are people with their boots in the sand fighting. I finally felt like I was making a difference.”

“We need a permanent way to acknowledge and honor sacrifice. When this Memorial is completed, I believe the healing process can begin. This is a love letter to 20 years — at least two generations — of warfighters and their families.”

Now, Cecilia’s life’s calling is supporting the service community through her work as Founder & CEO of D-Dey Response Group. The men and women who’ve worn the uniform, she says, have the power and the skills to overcome division and bring this country together. “GWOT Veterans are some of the greatest leaders this country has ever seen. We are diverse leaders with teamwork in our blood. We can accomplish anything.”

First, Cecilia believes that Veterans need a place to reflect, to remember, and to heal — a national GWOT Memorial.

“A love letter from all of America,” she calls it. “A way to acknowledge that, after 9/11, generations of Americans left the comfort of home to fight in some of the most dangerous places in the world. “GWOT Veterans answered the call. They deserve to be remembered for that,” she says.

“We need a permanent way to acknowledge and honor sacrifice. When this Memorial is completed, I believe the healing process can begin. This is a love letter to 20 years — at least two generations — of warfighters and their families.”