Now More Than Ever: Stephanie Ouellette Shares Her Story 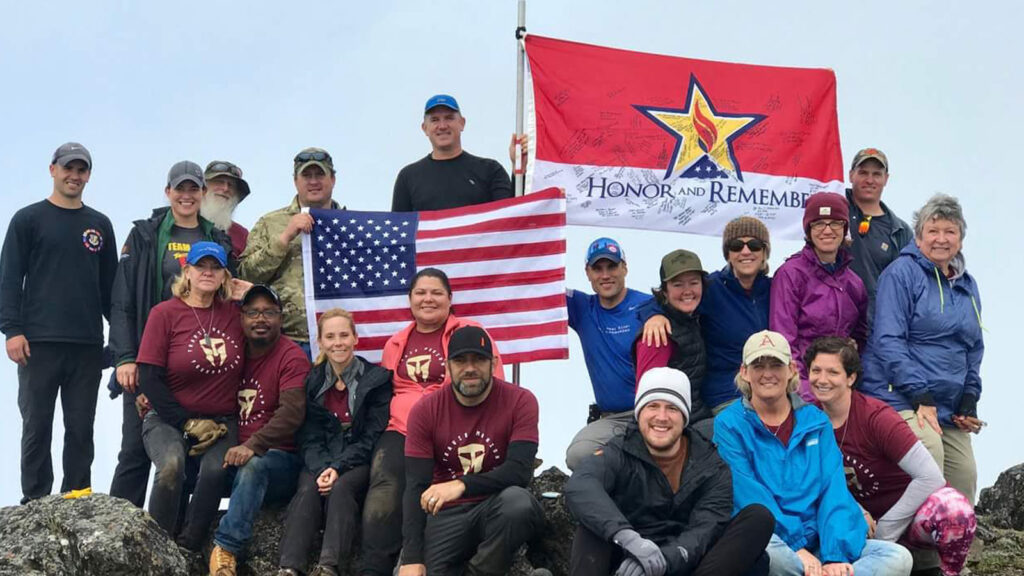 To know Stephanie Ouellette is to understand that there is a difference between choosing joy and merely experiencing it. Stephanie’s happiness, her integrity, her quiet leadership are no accident. They are the result of years of choosing to serve others.

Stephanie’s younger brother, Cpl. Michael Ouellette was a squad leader with 3rd Battalion, 8th Marines, leading a patrol in Nowzad District, Afghanistan, when he was badly injured during an IED blast. Despite the incapacitating injury, Ouellette maintained his composure and continued to lead his Marines through a harrowing ambush. On March 22, 2009, he succumbed to his injuries. He was posthumously awarded the Navy Cross for his actions.

Michael is a hero and is known as such throughout the Marine Corps and the broader service community. He was a good man, a brave man, and Stephanie is deeply proud of him. When she remembers her brother, her memories are intimate and personal. He was a Marine, yes, but he was also her little brother. He was funny, a talented cook and sketch artist, he loved music (“everything from Coltrane to Metallica,” Stephanie says), and he hated running.

That last memory makes Stephanie laugh. She honors Mike, as she calls him, every year by running the 9/11 Heroes Run. This year, she’s training to run the Marine Corps Marathon in her brother’s memory. “I started running to honor someone who hated running,” she says. “Go figure! Now, I run not just to honor Mike, but to honor those who served so bravely on 9/11. I run for the first responders we lost and for their loved ones. I run for the service members who deployed in the days, months, and years after the attacks and never returned home. I run for their families who will always remember the last time they saw them.”

Stephanie keeps moving forward, and with every step, she lifts up others. Whether she’s working with the Woody Williams Foundation to build & maintain a Memorial in her home state of New Hampshire, supporting other surviving families through service projects with the Travis Manion Foundation, raising money to build homes for Army veterans, or encouraging others to support their favorite charities to honor her brother, Stephanie serves generously and with deep humility.

In a social media post from September 11, 2020, Stephanie wrote, “I choose to live my life by honoring the courage and sacrifice of those that died on 9/11, those that lost loved ones, and all that fought and are still fighting to make sure something like 9/11 never happens again.”

For Stephanie, the National GWOT Memorial effort is a fundamental part of honoring her brother’s legacy and remembering the legacy of all who’ve served in the Global War on Terrorism.

“My brother has a family that misses him every day,” Stephanie wrote in a letter to the leadership of the House Natural Resources Committee earlier this year. “The Marines he served with will be honored by this monument, just as he’ll be honored by it. They deserve a place to gather and to honor their brothers and sisters. A place to heal. A place to tell somber service stories, and a place to laugh at all the crazy things that have happened since.”

“Stephanie was instrumental in ensuring the Memorial would find its rightful home on the National Mall by securing the support of her home Senator. Sen. Maggie Hassan (D-NH), alongside Sen. Joni Ernst (R-IA), is a lead sponsor of the GWOT Memorial Location Act (S. 535).

Stephanie passionately believes the GWOT Memorial belongs within the Reserve on the National Mall in Washington, D.C. “The National Mall is a sacred space for Memorials. It’s home to other monuments of those who’ve served and died in other conflicts. To deny these heroes the same is a dishonor to their service and a dishonor to those of us who are left behind.”

“This is the next step,” she says, “in an extensive process that will allow us to honor and empower GWOT service members and help us unite & heal as American citizens.”