The American Legion Partners with the Foundation  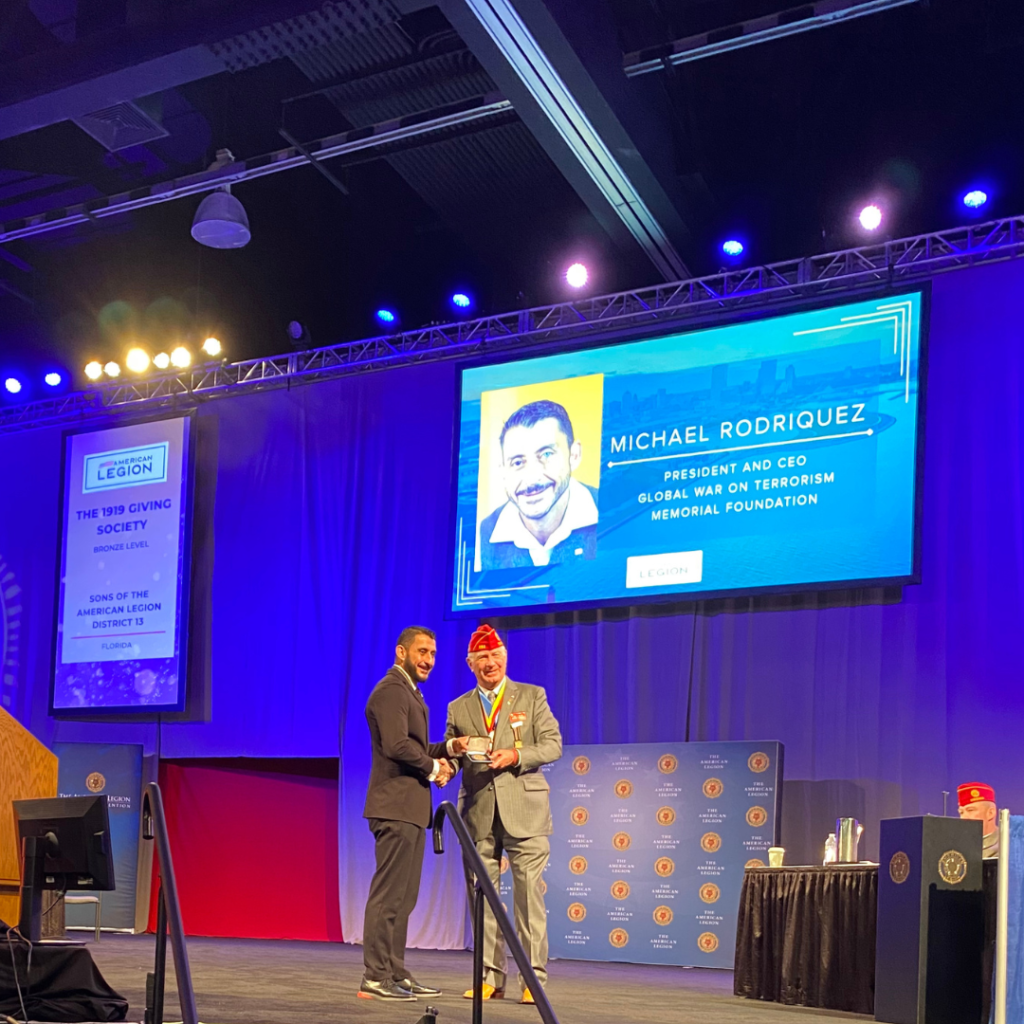 Last month, the Foundation had the privilege of attending the 103rd annual American Legion National Convention in Milwaukee, Wisconsin. The overlap between our two missions makes us powerful partners. The American Legion’s Preamble states that one of its purposes is “To preserve the memories and incidents of our associations in all wars.” That’s exactly what the Global War on Terrorism Memorial Foundation is doing as we lead the effort to build a Global War on Terrorism Memorial on the National Mall.

Our President and CEO (and Legionnaire), Michael “Rod’ Rodriguez, had the privilege of addressing the Legion. He focused on the four core tenets underpinning the idea of the Memorial:

Honor: “We’re going to honor everyone’s service.” Our commitment to honor service in the Global War on Terrorism means we will pay tribute to all uniformed and non-uniformed personnel who served and sacrificed. “

Empower: “We need to provide an opportunity for the current generations that are fighting in a war,  a war with no end in sight, the opportunity to tell their stories.”

Unite: “There’s something called civilian-military divide. I can tell you right now that does not exist because of many of you. My father’s generation, the Vietnam generation, swore what happened to them would never happen again. And I thank you for it. We will unite.”

Rod and his son Antonio, currently on leave from an active duty deployment, also staffed the Foundation’s booth at the convention. Both of them are GWOT veterans, a reflection of the war’s multigenerational character. Our Foundation is eager to elevate the voices of younger veterans, and in this respect to the American Legion is a powerful friend. As Rod told the Legionnaires, “One thing I will ask each one of you to do is to get those younger veterans in your post, or not in your post, to share (their story). They are the future. Sgt. Antonio Rodriguez, my son, the newest member of The American Legion … that is the future of the Legion.”

We are grateful for our partnership with the Legion, and look forward to much more close cooperation.